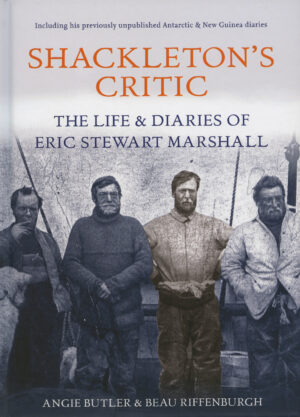 The journal and paintings of George Back, Midshipman with Franklin 1819 – 1822

Arctic Artist is the liveliest and most complete account of Sir John Franklin’s tragic first expedition to the Arctic. George Back’s prose captures the drama of the journey, while his superb watercolour sketches reveal the beauty and wonder of this northern land. Published for the first time, this is the complete text of Back’s journal. Arctic Artist completes Stuart Houston’s trilogy of the journals of Franklin’s officers.

Back’s journal is particularly valuable because it is the only one that records the entire expedition; Franklin himself relied on it for his own published account of the journey. Both the journal and Back’s earlier notes have been edited by Houston, who provides an introduction and extensive annotations, as well as synopses of the frank comments regarding the expedition recorded in the various journals of the Hudson’s Bay fur trade posts.

I.S. MacLaren’s commentary on Back’s paintings reveals a midshipman-artist of exceptional talent. Conversant with the artistic conventions and aesthetic temper of his age, Back used his sketch-books not only to depict the expedition’s progress but also to capture his imaginative response to the northern wilderness. MacLaren edits and comments on two other documents written by Back during the expedition: a candid letter to his brother and a poem dramatizing the disaster that claimed the lives of eleven of the twenty explorers in Franklin’s party.

Arctic Artist will be of interest to Franklin and Arctic enthusiasts, and to Canadian studies, northern studies, art history, and anthropology specialists.