Roald Amundsen And The Exploration Of The Northwest Passage 40.00 kr 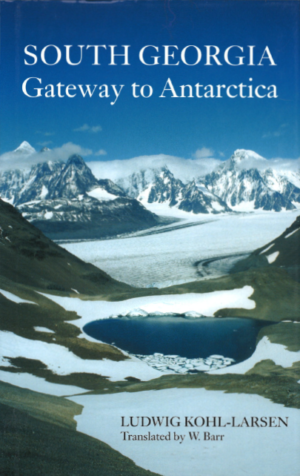 The dramatic story of the Swedish Antarcti expedition of 1901-1903 has been told many times. Less is known about the impact of the results of the exploration and research undertaken. The present volume is meant to fill that gap.

Authors from diverse fields provide an historical background to the expedition, pointing to some facets in the lives of some of the main personalities and taking stock of the results of the research that came out of the expedition. This is done both in historical context and in the light of present-day themes such as climate change. Topics range from cartography and hydrography to botany and the discovery of fossils, confirming the fact of a warmer Antarctic climate in the past and the possibility of a supercontinent that had broken up. Glacial history, changes in the ice-scape and meteorology tie into climatology, a context in which Antarctica plays an important role today. Problems and tensions involved when scientists from different nations seek common cause in international cooperation are also dealt with, as is the role of science as a possible source of entitlement to claiming new territories, an issue that involved the technicalities of international law.