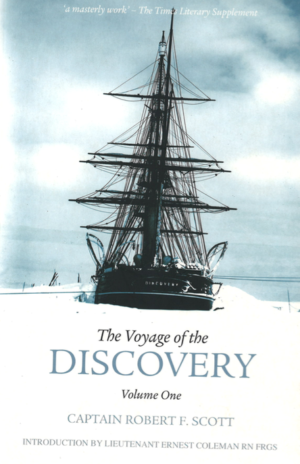 Into the ice – The history of Norway and the polar regions

Into the ice takes its readers on the legendary polar expeditions with Fridtjof Nansen, Roald Amundsen and Otto Sverdrup. In addition, the reader can follow the daring, pioneering expeditions by air, as well as modern polar research.

Few regarded Norway as a polar nation until Fridtjof Nansen´s journey on skis across Greenland in 1888. Exploring the frozen territories at the ends of the world was, and still is, expensive and demanding, and such activities were left to the more powerful nations of the world.

Into the ice takes its readers on the legendary polar expeditions with Fridtjof Nansen, Roald Amundsen and Otto Sverdrup. In addition, the reader can follow the daring, pioneering expeditions by air, as well as modern polar research. Soon Norwegians were among the main contenders in the race to break geographic records, to exploit resources, and to map and conquer unknown territories. The polar explorers became the heroes of their time. But they were also pioneer scientists. The legacy they left behind remains a source of inspiration to modern day scientists worldwide.

International Polar Year 2007-2008 marks a new wave of interest in the polar regions. In light of the dramatic climate changes, it has become clear that the polar areas are of fundamental importance to the state of the entire planet. Land ice meltdown, sea level rise and extreme weather conditions are causing widespread concerns. During the polar year scientists are expanding their search for answers to some of the most daunting questions facing science.

Since Norway´s early expansions into the Arctic and the Antarctic regions, this small nation has maintained a key role in polar research as well as polar politics. This monograph of Norwegian polar history can explain the substantial contribution to the polar year from Norwegian scientists, research institutions and government agencies. The book is made available to the international public as a reminder of the historic importance of the polar regions, the lessons to be learned from the pioneers, hunters and whalers – and, not least, the legacy of knowledge and cooperation that we continue to build up through renewed efforts.