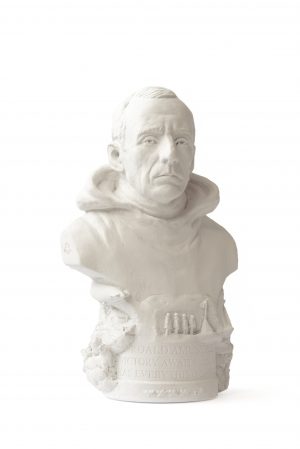 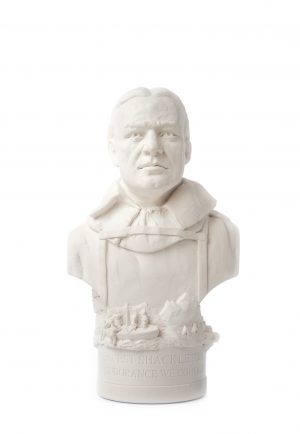 Fridtjof Nansen (1861–1930) was born in Kristiania (Oslo) in 1861. He led the five-man team that made the first crossing of Greenland in 1888. Being landed on the island’s east coast, the only route to survival was across the island to the inhabited west coast.

In 1890 he launched the idea of crossing the Arctic in a ship frozen in the ice, floating on a current from east to west across the North Pole. Although the idea was ridiculed by many experts, the ship Fram made the drift unharmed from 1893–96, while Nansen and his companion Hjalmar Johansen reached the farthest north of 86°14’ in a gruelling 18 month sledging expedition from the ship.

Nansen later had a distinguished career in science, as a diplomat and a humanitarian, and received the Nobel Peace Prize in 1922. He died in 1930.