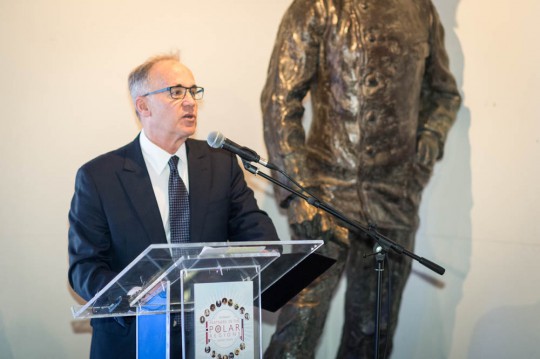 On 7 June the Fram Museum opened a new exhibition on Norwegian and American collaboration in the Polar regions.

The Norwegian Minister of Foreign Affairs Børge Brende and United States Ambassador Samuel Heins officially opened the event, and welcome remarks and an introduction was conducted by Olav Orheim, Chairperson of the Fram Committee and Geir O. Kløver, Director of the Fram Museum.