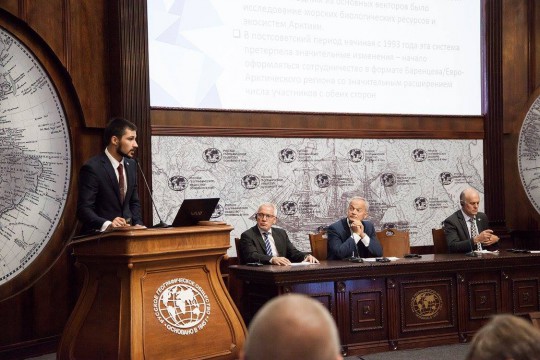 We’re proud and grateful for having been elected Peace Profile of the Month by The Norwegian Peace Council!

From the exhibition opening in St. Petersburg

The Fram Museum along with the Russian Geographical Society, are behind an exhibition of Norwegian-Russian polar photographs. The exhibition entitled “Norway & Russia – The Polar Connection”, opened in St. Petersburg earlier in September and highlights a long history of cooperation between Norwegian and Russian explorers and scientist.

The exhibition represents a cultural cooperation that should be applauded given the increasingly strained political bonds between Russia and Norway.